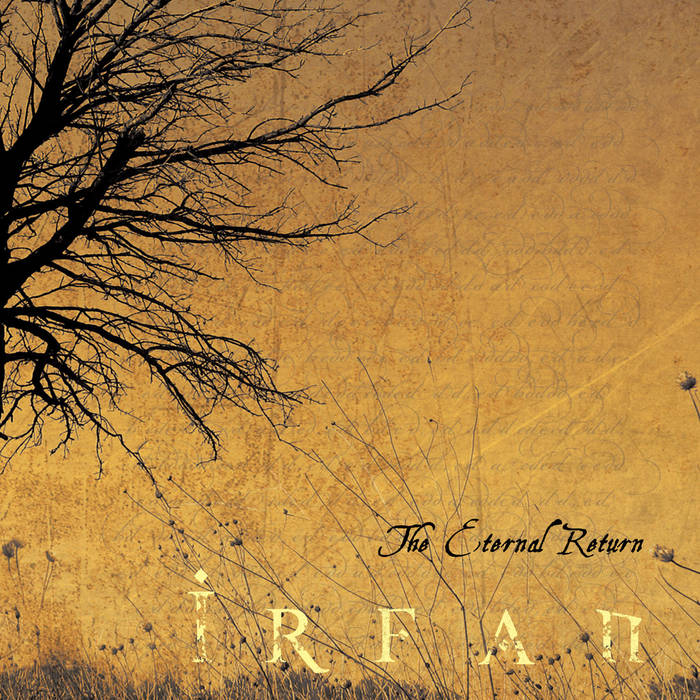 edino_kun Love this album. It digs deep down the ancient cultural heritage of our world. It's like riding a camel through the Sahara desert. Give it a try. Favorite track: Eternal Return.

Lonewolf This album is simply spectacular. Mystical and transcendental. It’s really hard to describe in words something that can only be experienced. Instead I will say this. Irfan have my undying gratitude, amazement and awe. May God guide them through the Eternal Fields. May He/She illuminate their paths through the Cosmos. Favorite track: Nehet.
more...

8 years after the majestic album "Seraphim", Irfan are now back with an album which continues the beauty of the journey: 'The Eternal Return' . This new album was recorded with the original singer of the band Denitza Seraphim.

The new masterpiece counts 10 titles; it travels from the Sahara desert, to the Siberian steppes via the Gardens of Jerusalem and even the mystical worlds of Hildegarde Von Bingen.

The flutes are hypnotic and the voices transcendental. Transcendence is all across the album, together with the theme of the eternal return, return to our original source, the Garden of Eden.

The male/female duo unavoidably reminds us of Dead Can Dance ; Irfan adapts "Salamander" from the album "Toward the within".

How can we best define this album? Overpowering ? Mystical ? Dreamlike ? Romantic ? Touched by divine grace ? All at once. The quintet gathers the Earth, the Sky, the fire and water in a kind of modern liturgy which honours the past, the Egyptian, the medieval and the Christian cultures. This journey, through numerous oriental instruments such as oud, santoor, psalterion, daf, bodhran, duduk, ney, kaval elevates us to the level of Life’s mystery.

May Irfan’s music allow you to dream, dance, sing and see beyond the veil of illusions to taste the beauty of now / the present moment.


"The album feels like touched by the hand of God. It is a sacred union and an intercourse between sound and voices, which will rapidly lead you towards a strong visual universe where you’ll enter a dreamy world. “The Eternal Return” clearly appears to be IRFAN’s Opus Magnum. I can already tell you it will be the ‘ALBUM OF THE YEAR’!"
(www.side-line.com)

“The new masterpiece offers a wide array of ethnic influences and travels from the Sahara desert, to the Siberian steppes via the Gardens of Jerusalem and even the mystical worlds of Hildegard Von Bingen...”
(www.metalsoundscapes.com)

“Transcendence is all across the album, along with the theme of the Eternal Return, the return to our original source, to the Garden of Eden... Overpowering. Mystical. Dreamlike. Romantic. Touched by Divine grace. All at once. That is IRFAN’s Eternal Return...”

“IRFAN’s music is rooted in the trails of Dead Can Dance and yet it blossoms as an original World fusion that blends the Neo folk and Gothic matrix with the Oriental mysticism, the Balkan tunes and the Medieval romance into a mesmerizing sound of crystalline beauty...”

Bandcamp Daily  your guide to the world of Bandcamp